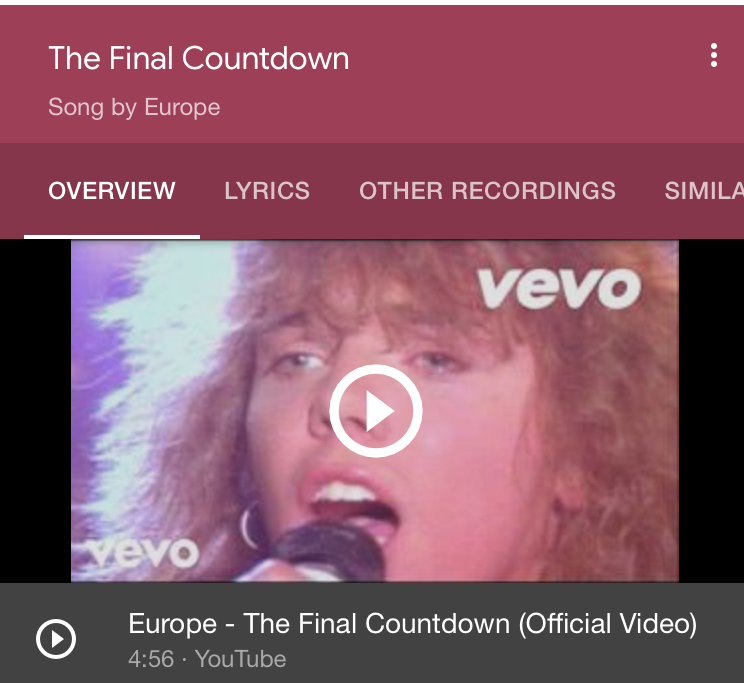 In this short post we summarize where we are with Brexit. In sum, we’re leaving together, it’s the final countdown. 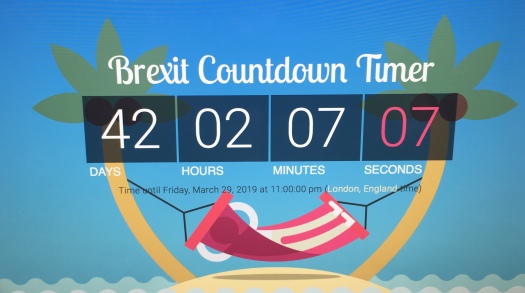 So where are we?

Well firstly, everyone is brexitedout – totally fed up with the sham.

I went to a Valentine’s Day party – all couples, and only chocolate to eat – and was asked only once what will happen when the UK Brexits.

This is down from 10 times at the last party only a month ago, not long after PM May’s previous defeat.

If you had to summarize where we are and what’s going to happen, in words of one syllable, and before the listener nods off, how would you do it?

Little has changed since December when it became crystal clear to us that Parliament finally realized this wasn’t doable in the time left – perhaps not doable at all.

The reasons it’s intractable are numerous, and obviously are different for each group involved.

We’re leaving ground, Will things ever be the same again?

The Irish backstop (which prevents a hard border between Northern (British) Ireland and Southern (European) Ireland is only one of the intractables.

But with the UK government reliant on the NI DUP party of Arlene Foster for it’s very existence, this is the major stumbling bloc to a deal.

That said, if for some miraculous (£billion in a Swiss bank account) reason this was solved, there are a host of other problems with the PM’s deal, which would split either or both the Conservative and Labour parties.

The most clear cut of them all, and in reality, the true precipice lying behind the curtain of the Irish Backstop, is the reality that PM May’s deal does not deliver the UK a Brexit from EU.

Instead it leaves the UK very much tied into the EU via (soon to be negotiated post-Brexit) trade transition agreements, and therein an obligation to uphold much of the EU law that most abhor. “We’re leaving together”.

As many have called it, vassal status without a seat at the table to implement or effect change.

Yes, the UK is fighting over a wall too. Brexit will bring its own “wall” to prevent mass unfettered immigration from EU, which would include refugees from war-torn Africa and the Middle East.

But would that be the outcome? Most likely yes, and that would probably be enough for the hard Brexiteer citizen to declare victory. They probably wouldn’t notice the vassal status described above. Though if, as the alarmists suggest, Brexit results in economic collapse, they would surely notice the loss of employment opportunities. But by then, the Tories will be history and the UK will be well on the road to socialism.

We won’t speculate on the economic collapse outcome. Instead, as we wrote here, we feel the slide in commercial, and now, residential real estate, is enough of itself to cause genuine worry about the economy. Brexit is just an added uncertainty and distraction from the reality that the economy faces in the next two years.

So rather than take the reader (if you’re still awake) through every twist and turn of the saga, and try to plot out the detailed route we expect it to take, we’ll just get straight to the endpoint.

We’ve always felt that this was intractable under any democratic process, and as such, we’d arrive at the buzzer with a self imposed extention of negotiations, followed quickly by a second referendum.

We still feel that’s almost a certainty – in fact we now, following PM May’s  latest fiasco defeat, give it a 90% probability.

We’re not alone with this perspective – indeed one of the leading voices of reason throughout this process, Dominic Grieve, suggests similar here

But still it’s farewell, And maybe we’ll come back

The other 10% goes to the no deal crisis where UK simply falls out of the EU without any binding agreements. While we doubt there will be rotting rubbish on the streets for more than a week, and food and medicine shortages at all, we recognize that with others today  suggesting the ?EXIT could get crowded, it’s in the (French) EU ‘s deep interest to make this as unpleasant a situation as possible.  Therefore some disruption would make sense. However, the French have shown they aren’t very good at managing the domestic (aka Trucker Union) economic consequences of their political disruptions. So bet on these lasting no longer than 10 days.

One should not rule out the possibility that having fallen out of EU, the UK tries to revoke the exit, and resume the negotiation phase. While ridiculous, and no doubt simply mentioning it will draw ridicule, has anything seen up to now, been less than ridiculous?

And maybe we’ll come back

To earth, who can tell?

I guess there is no one to blame

Will things ever be the same again?

5 Replies to “Brexit – The Final Countdown, written by Joe Tempest, sung by Europe”